The time limit involved in Roundup lawsuit claims is set by a statute of limitations which varies per state.
Updated on September 28, 2022

Have you or a loved one been diagnosed with cancer from using Roundup? If so, did you know that there is a statute of limitations for cancer claims that applies to cancer caused by use of Roundup?

Glyphosate-based herbicide Roundup has been linked to a high risk of non-Hodgkin lymphoma, one of the most lethal forms of blood cancer. Those affected by their use of Roundup are from all corners of the United States.

Any health problems caused by the use of Roundup don’t always have symptoms. If symptoms do arise, it happens months or years after your last use of Roundup. Since this is the case, you might have several questions about lawsuit-filing deadlines.

What Is Roundup and How is it Dangerous?

One of the most popular weed killers on the market is Roundup. Monsanto manufactures this product, which was initially released in 1974. The agricultural sector as well as the forestry and industry sector use it. It is a common gardening tool for individuals as well. Scientific evidence strongly links Roundup’s main component, glyphosate, to non-Hodgkin’s lymphoma.

Glyphosate is chemically related to the amino glycine, which kills plants it makes contact with. The few exceptions to this are soybeans, corn, and canola, which have all been genetically engineered to resist the herbicide glyphosate. Glyphosate destroys plants by Inhibiting a metabolic mechanism known as the shikimate pathway. Plants and certain bacteria rely on shikimate pathways, but humans do not.

Filing a Lawsuit Over Roundup

Getting a grasp of the current legal environment regarding “glyphosate” is an essential first step if you’re considering suing over your usage of Roundup. Many people exposed to Roundup have come out with cancer claims, alleging they were not adequately advised of the dangers. Several have resulted in substantial settlements. For example, if a California court authorized a settlement deal, Monsanto might repay $2 to $45 million.

If you or a loved one developed cancer after using Roundup, you might be able to claim compensation. Medical costs, lost wages, and other associated expenses can be more manageable via litigation, but it won’t make an illness go away or bring a beloved one back to life. The Roundup class actions might be a scary prospect after a cancer diagnosis.

If you’ve been diagnosed with non-lymphoma Hodgkin’s or some other health issue due to the after their diagnosis and usage of Roundup (glyphosate), it’s critical to have an attorney on your side:

Monsanto and Bayer AG are now facing 13,000 lawsuits alleging that glyphosate and other components of Roundup caused cancer in users. Many states, including California, Missouri, and New York, have filed lawsuits against the company. In New York’s Nassau County, a lawsuit was filed in the defense of the spouse of a former gardener who developed non-lymphoma Hodgkin’s after using Roundup lawsuit payouts regularly. By promoting Roundup as a safe product, Monsanto allegedly ignored and continues to ignore the safety of the public.

What Is The Deadline For Roundup Lawsuits?

The time limit involved in Roundup lawsuit claims is set by a statute of limitations.

Another question you might have in mind is, “When does the clock start ticking in Roundup lawsuits?” The answer to this question is found under the discovery rule of the Roundup lawsuit process. Under this rule, the clock will start only when the consumer (or the plaintiff) discovers being harmed by the product or the date of diagnosis of a health problem caused by the Roundup weed killer.

The relevant discovery rule also dictates that the clock states on the date when the plaintiff was diagnosed with or started experiencing symptoms of health problems triggered by the product.

People Eligible to File a Lawsuit

Having been diagnosed with cancer linked to your exposure to glyphosate is required before you can initiate a personal injury claim against Bayer or another maker of glyphosate products. You can’t sue Bayer/Monsanto for injuries or illnesses caused by Roundup just because you’ve used it or have a bottle in your home. Concern regarding Bayer/inability Monsanto’s to adequately notify customers of the possible dangers associated with product usage is likewise insufficient.

Non-injury roundup class action lawsuits may be available in some cases, but any disease litigation against Bayer/Monsanto needs proof of a product’s damage. To understand the full scope of your losses, you need to know if you have any Roundup-related illnesses such as non-Hodgkin lymphoma (“damages” in legalese). When a person files a Roundup lawsuit, they invariably suffer both “economic” (such as past and future health treatment costs, lost income, and other measurable losses) and “noneconomic” (such as “pain and suffering”) damages as a result of Roundup-related health issues. They should report glyphosate-related health concerns to a doctor as soon as possible to safeguard both legal rights and health.

It is necessary to get a precise diagnosis of your health issues. Product liability is a personal injury legal principle that can hold Bayer/Monsanto accountable for illnesses and injuries caused by a harmful or defective item or for failing to sufficiently warn customers of the dangers connected with the product’s usage. Bayer/Monsanto has requested the court reject any claims that Roundup causes cancer in several lawsuits brought by individuals who say that the product caused their disease. However, most of these motions have been rejected because a reasonable jury may conclude that herbicides cause cancer.

The Roundup lawsuit claims that have gone to court and resulted in significant judgments for the plaintiffs share a clear liability-related theme. Juror’s found that plaintiffs’ non-lymphoma Hodgkin’s was not caused by glyphosate in three instances. Bayer/Monsanto, on the other hand, was found to have failed to adequately warn the claimants of the possible dangers of Roundup use to their health.

Regardless of whether the jurors’ conclusions are scientifically correct, they raise a significant practical issue: Convictions against Bayer/Monsanto indicate the company’s exposure to financial liability for Roundup-related sickness.

The Roundup lawsuit, a state rule limiting the amount of time you have to file a lawsuit, and demand redress for your medical expenses and other damages, are essential considerations in every Roundup lawsuit. When it comes to personal injury lawsuits, a product like Roundup is unique. To that end, you need a well-equipped lawyer to handle such lawsuits. Contact us today to find an experienced lawyer who can work on your case against Roundup. 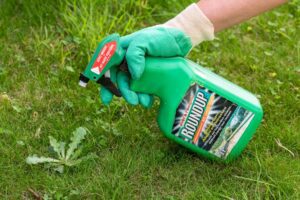